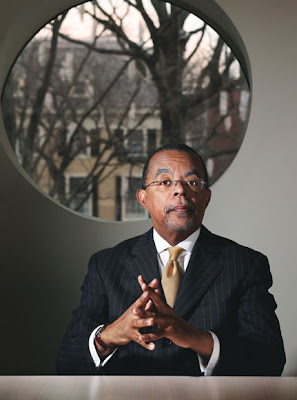 Last Christmas I organized a potluck for the foreign and Chinese faculty at my university. It was a glorious affair, except for a few expected screw-ups (Somebody jacked the Secret Santa gifts!). One big problem was that my friend rented a sound system, and in the course of the evening we lost one of the two microphones. Now, it was not technically my responsibility, and because I was not assigned to watch the thing, it was not technically my fault that it was lost, but because the entire event was organized by me I felt hella guilty. I called up my dude and offered to split the cost of a new mike with him. Basically, the idea of fault and blame were irrelevant. What mattered was that something went wrong, it made the event look bad (and hurt the chances of people ever trusting the foreigners again), and it could be rectified.

This story was not told as an example my benign leadership skills( as my wife pointed out, a real leader would have made sure the mike was not lost in the first place), but as an imperfect corollary about life. Sometimes stuff goes bad, it might not be your fault, but it’s in everyone’s interest that it be made right.

I view racism through the same lense.

So my dad tipped me off on this Op-Ed by Skip Gates against Reparations for slavery, but it did not really interest me because, well, I do not see a massive debate surrounding the issue. Then Shani at PB put up something interesting on it, and I realized that regardless of the lack of debate on Reparations, the piece is making waves. Now, as for Gates’ general argument itself, there is nothing particularly offensive. Slavery was complex. Africans did it too. Reparations for slavery is not gonna fly because its stuck in whirlpool of guilt. Gotcha.

However, serious discussions of Reparations (such as this by Randall Robinson, who I am not a fan of, and a lot of stuff by Charles Ogletree, who I am a fan of) do not look at just slavery, but Jim Crow and ongoing structural inequalities. Yeah, I have read and been around shoddy-ass arguments that take slavery to be the main historical injustice that must be, but the serious philosophical discussions talk about other stuff too. So Gates is arguing against a… not a straw-man exactly (I have talked to people who believe this stuff, to be sure, but they are not serious people) but the Reparations JV team. He ignores the Varsity squad. Also, outside of the fevered imaginations of white conservatives, Reparations is not the most pressing issue for a lot of Black Americans. Who is he arguing against then?

Well, nobody. This is kinda screwy because race is already a touchy-ass subject in the American cultural arena, but by bringing in the concept of blame he makes people concentrate on the wrong issues. Gates knows all this, and I have a sneaking suspicion he just floated this out there to get the Tea Partiers and Republicans all riled up. Still, I expected better from him (Gates is my homeboy for taking on that clown Ali Mazrui… get em tiger).

Now, if Gates was talking about the invention and the perpetuation of Race, then he would have an interesting piece on his hands...
Posted by Winslow Robertson at 8:57 PM 4 comments:

On Teaching Black Power in China 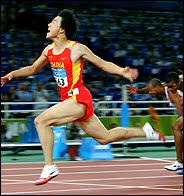 So I managed to convince my university to let me teach a course on American Popular Culture that explores the emergence of Hip Hop and how it becomes (arguably) the dominant expression of American Youth Culture. Keep in mind that I am teaching this in China, as an English teacher. What that means is that, because I look white, I am qualified to only teach English or things that are guaranteed to make money (like Accounting, or Biology). Social Science and/or the Humanities? Hell to the no.

Still, I persevered and managed to successfully press my admins for this class, and now that I am teaching it I had to completely redo my syllabus (which was expected, I have no idea what the class is going to be like and it takes a month to really get a decent flow going). Basically I wanted to talk about people in America that many students might not have heard of, or even cared that much about. I wanted to talk about how governments can inadvertently (or deliberately) screw over people, and what that means for culture. I wanted to inculcate a sense of critical analysis, that taking learning is much more than reading texts without question. Really subversive stuff, basically. So I got through two weeks of class and then I wanted to teach about Black Power and Puerto Rican Nationalism. Race and nationalism are kind of a different beast here than in the United States, but even so I had to expose the kids to some Malcolm and Stokely (I said expose, I do not have the time or the resources to devote more than 15 minutes to this, because I have a lot to get through). The kids could not quite figure out what institutional racism means, and how that is different from individual racism (the term I always get is 'discrimination). I knew I could not do it justice so I just went ahead and did the whole 'read it at home' copout. What was the most surprising, and something I would love to delve into, was their reaction to Malcolm.

I located Black Power as the opposite of Civil Rights (yeah, I know the whole ‘two sides of the same coin’ deal and the cross-pollination of both ‘movements’, if they can be judged discretely, this was for pedagogy dammit!). I took two early Malcolm quotes, stuff that was easy to understand (the most crucial perquisite when teaching anything to the students is level of vocabulary) and I wanted to see what the students would make of them. They understood the meaning (huzzah!), and I wanted to put these quotes into a context of radicalism and the rejection of the status quo. I asked for what this Black Nationalist language sounded like, and everyone said it sounded like MLK. That was the LAST person I wanted them to say. I busted out some Sun Yatsen and Pan-Asianism, and broke out a little Mao, but the kids were not convinced. I could not understand how they did not see the connections between racial nationalism in the United States and in China. After talking with my dad about it, he said of course they would not, because the idea of civil rights cannot be differentiated between racial nationalism in China. When I put on some James Brown ‘Say it Loud, I’m Black and I’m Proud’, some of the students were bustin out with the song and replaced ‘Yellow’ with ‘Black’, which to me is really interesting. I asked the students if they were proud of their race, and the majority of them agreed. And then I asked them what proud meant, and whether it exists in isolation or in relation to other things. Are you proud to be Yellow because it’s a good race, meaning other races are not as good? Are you proud to be Yellow because it’s a better race? Just some light probing. When I start getting into conscious Hip Hop this is going to get even more interesting.

And yeah, I know how generally race works here (Liu Xiang, the Olympic hurdler’s immortal lines from 2004: “My victory has proved that athletes with yellow skin can run as fast as those with black and white skins.“), but I do not know how people teach about race. This is something I am going to investigate.
Posted by Winslow Robertson at 11:32 PM No comments: